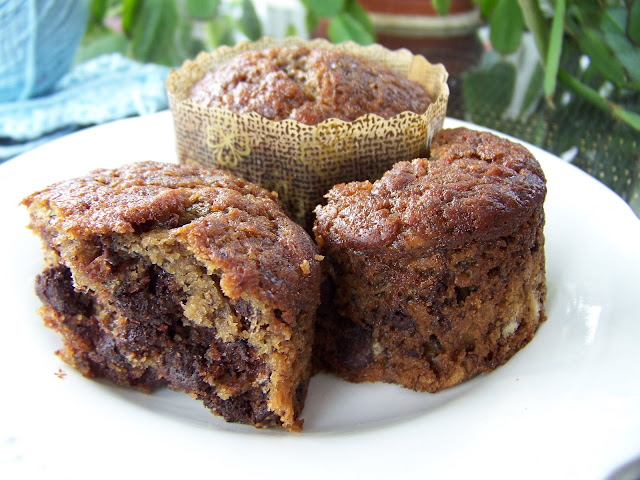 My son's 4th grade class recently invited the parents to a "Poetry Coffee House" in their classroom. We received written invitations and upon arrival, the kids took our order for drinks and refreshments and we were treated to a string quartet and later a flute and clarinet mini-concert. 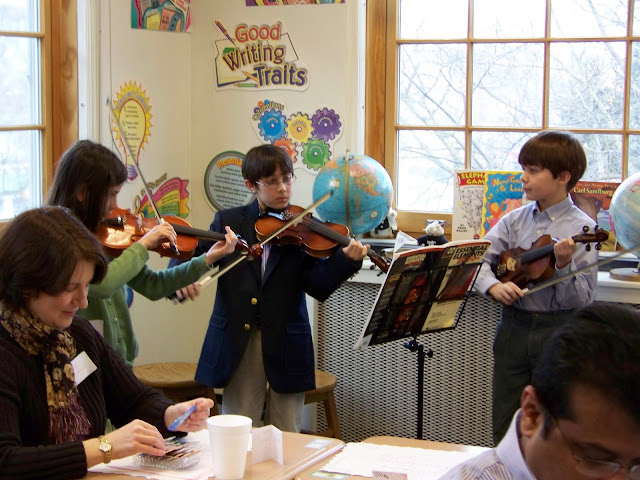 The kids have been learning to write different forms of poetry and had their works published into a hard-bound book to keep at home. The poets recited one poem from their repetoire in front of the audience, while we enjoyed tea, fruit and muffins. I sent in a miniature version of these banana muffins. The poetry was enlightening and the muffins were delicious!

What to do in Pittsburgh, PA
by Ben, age 9

Going to Pittsburgh is like eating an enormous piece of pie
Scream! Shout! Go to a Pitt Penguin game and watch them score
Visit the zoo and watch the lions sprint
Walk to "The Point" where the three rivers meet to peer at the fountain
Learn about electricity at the Carnegie Science Museum
Enjoy all the screaming and shouting at a Steelers Game
Catch a home run ball and go to a Pirates game
Float up to Mt. Washington on the incline
Go to the Byham Theater to see a show
Sleep in at a hotel and dream of what to do tomorrow

Preheat the oven to 350 degrees F. Spray a 12-cup muffin pan with non-stick cooking spray.
In a medium bowl, stir together the bananas, sugars, butter, milk, and egg.
In another medium bowl, whisk together the flour, instant espresso powder,baking soda and salt. Make a well in the middle of the dry ingredients. Pour the wet ingredients into the well and stir just until combined. Fold in the chocolate chips.
Fill each cup about 3/4 full. Bake in the center of the oven for 20-25 minutes, until a toothpick inserted in the center of the muffin comes out clean.
Let the muffins cool on a cooling rack for 15 minutes. Then remove the muffins from the pan and allow them to finish cooling on the cooling rack. Store up to 2 days in an airtight container.
2 comments:

Cupcake of the Month: Vanilla Cupcakes 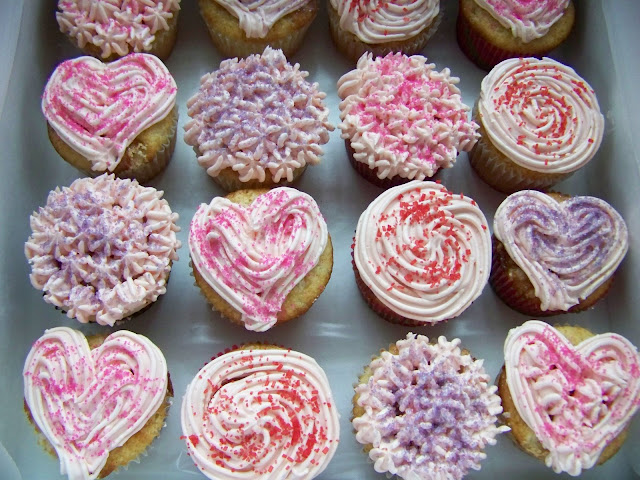 My daughter chose this month's cupcake flavor because I was making these sweets for her first grade Valentine Party at school.  What 6 year old can resist a vanilla cupcake, right?  This is THE best white vanilla cake there is.  I have provided two options for vanilla icing.  One is an Italian buttercream and the other is a Swiss Meringue buttercream.  Both are delicious - not cloyingly sweet like American buttercream made with butter and powdered sugar - but the Swiss meringue buttercream is the one I go to for consistent results.

Place the flour, sugar, baking powder, and salt in a large mixer bowl. With the mixer on low speed, blend well. Add the butter and 1 cup of the milk and mix to blend. Raise the mixer speed to medium and beat until the batter is light and fluffy, about 2 minutes.

In a mixing bowl, whisk the egg whites with the vanilla extract and the remaining 1/3 cup milk. Add this to the batter in 2 or 3 additions, scraping down the bowl well and mixing only to incorporate. Using a cupcake batter scoop, fill each cupcake liner 2/3 full. Bake for about 15-20 minutes, or until a cake tester inserted in the center comes out clean. Allow the cupcakes to cool in the pans for 5 minutes, then transfer them to wire racks and cool completely, about 1 hour.


Vanilla Swiss Meringue Buttercream
6 ounces egg whites12 ounces granulated sugar1/4 teaspoon salt4 sticks or one pound butter, softened to room temperature1 teaspoon vanilla4  ounces melted and cooled dark chocolate
In the bowl of a stand mixer, combine eggs whites, sugar and salt.  Set the bowl over a pot of simmering water.  The bowl should not touch the water.   Whisk constantly until the mixture reaches 160 degrees. Remove from the heat and place the bowl onto your stand mixer and whisk at med-high speed until the mixture comes to room temperature (feel the outside of the bowl to gauge the temp).   Replace the whisk with the paddle attachment and reduce the speed to medium.  Add butter one stick at a time. When all of the butter is added, turn off the mixer and scrape down the sides of the bowl (at this point the buttercream might look curdled, but don’t worry, it will turn creamy). Whisk the mixture on high until light and fluffy. Reduce speed again, add the vanilla, and mix until incorporated.

This basic vanilla buttercream can be flavored in an almost endless variety of ways; see Variations below.
Yields 7-1/2 to 8 cups enough to fill and frost a 9-inch four-layer cake or about 5 dozen cupcakes

Place the egg whites in the clean bowl of a stand mixer fitted with the whisk attachment and whisk on medium-high speed until foamy. Sprinkle in 6 Tbs. of the sugar and beat on high speed to medium peaks (the whites should be smooth, full, and shiny, and the peaks should curl a little). Turn off the mixer.

Combine the remaining 3/4 cup plus 2 Tbs. sugar and the corn syrup in a medium (3-quart) saucepan over medium high heat, stirring briefly to dissolve the sugar. Continue to cook just until the mixture comes to a rolling boil.

Immediately remove the syrup from the heat, turn the mixer onto medium-high speed, and slowly pour the syrup down the side of the bowl in a steady stream, being very careful not to let the syrup hit the whisk.

Variations:
In place of vanilla, add one of the following flavorings at low speed to prevent splattering, then increase speed to medium to blend.