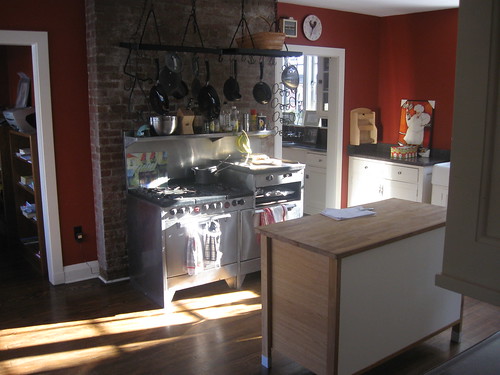 Take a look inside my old kitchen.  Above is a photo I took before we bought the house.  The owners had a small island in the center.  The family had already moved out, so everything was pretty barebones. 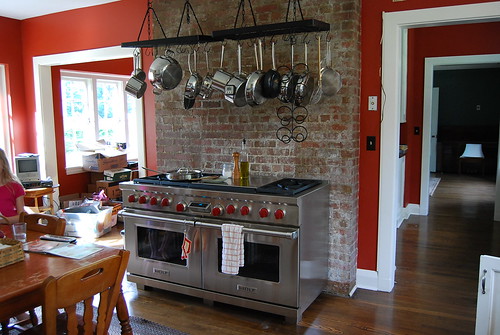 After we moved in, the first thing I did was replace the range.  The old Magic Chef was a classic, but knobs were missing and it was in pretty bad shape - and not what I needed for all the baking I do.  I love everything about my Wolf range! 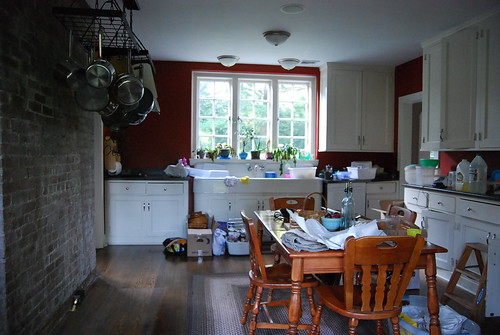 Above is a photo of the kitchen while we were moving in (two and half years ago).  We think the cabinets are original to the house, which means they are 80 years old.  They held up pretty well considering their age, but most of the doors were warped and wouldn't close completely and many of the drawers were broken or didn't slide well anymore.

The lighting was simply awful!  So many times I looked up to the ceiling to see if the lights were on.  They were - it was just so dark!  Fortunately during the daytime, there is a lot of natural light coming in from both sides of the room.

The one thing I came to love was the old enamel farmhouse sink.  The faucet dripped but I loved the large bowl with drainboards on both sides.  I love to look out on the back garden when I wash the dishes (which is quite often). 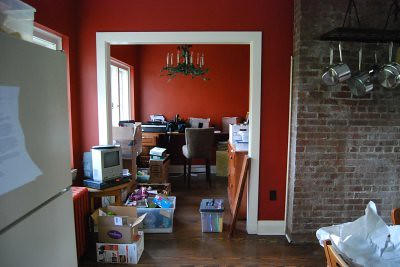 Still unpacking...to the left of the range, I made my office in a small alcove.  Anyone in the market for a metal green ivy chandelier?  I'm sure that would be right up someone's alley - it's just not my style.  I have to say, it provided some much needed carryover light into the kitchen, so I was grateful for it. 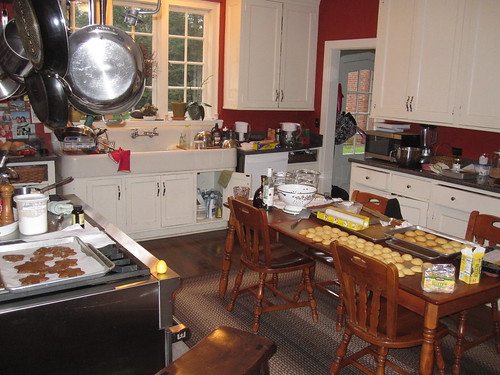 Here's the old kitchen in action.  Hey, just keepin' in real - this was Dec 23rd of last year and I had orders to fill - making trifles and orange cookies, and gingerbread cookies - things were crazy that day!
Perhaps you've been wondering if I dropped off the face of the earth - well there's not much baking going on here lately, and therefore not much to blog about because... 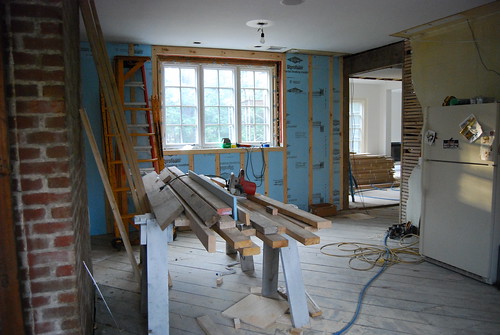 ...here's my kitchen today - completely gutted! To the right of the window you can see where the door to the outside used to be.  It now leads into the new the family room.  The new addition was phase one and its progression is ahead of the kitchen (phase two).  It's all very exciting! 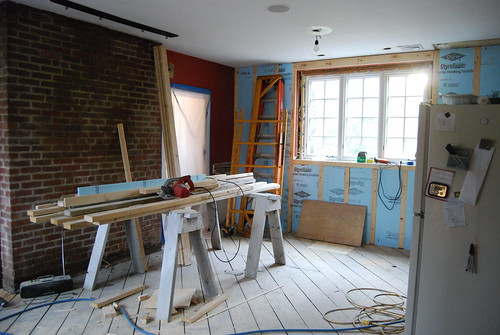 Above is where the range was.  We are keeping the brick wall exposed and the range will have a home there once again. 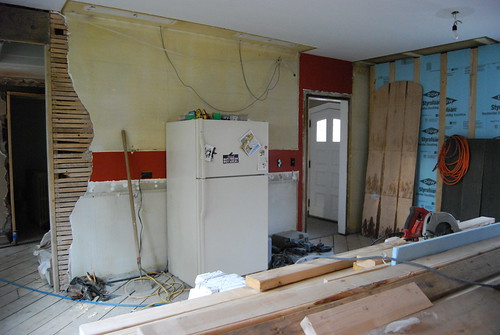 In this photo, you can see how the walls were constructed.  The walls are hard as rock, which is why the contractor decided to keep them mostly intact and build over them. 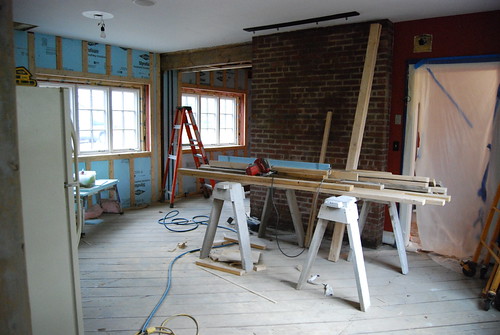 Above and below are photos of the space that used to be my office.  We have great plans for this space, but you'll have to check back to see what we do with it!  My new office will be in a separate room just off the kitchen. 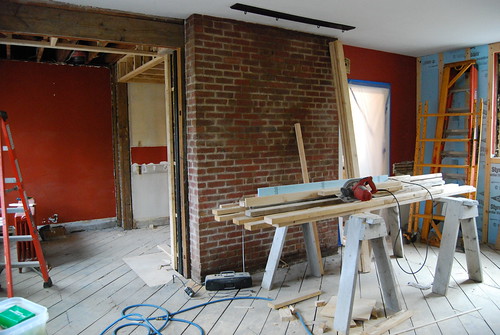 Did I mention that we're living in the house during all this construction?   Most of my living is done just on the other side of that very thin piece of plastic over the doorway.  There's noise (sometimes so loud you can't hear yourself talk) from 7 am sharp to 3:30.  Somehow I've managed not to lose it, although I've had moments of temporary insanity.   In my next post, I'll show you my temporary kitchen set-up!
2 comments: